A unanimous Court of Appeal has today handed down judgment in the case of London Borough of Hackney v Williams & Anor [2017] EWCA Civ 26 (26 January 2017), which was an appeal on three grounds against the award of damages against a local authority for alleged misuse of section 20 accommodation under the Children Act 1989.

It constitutes key reading for practitioners in both the family and civil disciplines—on both sides of the litigation. More widely, too, the judgment will be of interest to social workers and those working within children’s services.

This short article is intended to be a quick-reference guide in bullet-point format.

Giving the lead judgment, the President of the Queen’s Bench Division, takes care over some thirty paragraphs to review the legal framework and existing case appertaining to section 20 of the Children Act 1989 and, claims for damages under the Human Rights Act 1998. Numbers that appear in square brackets below refer to paragraph numbers of the judgment.

• The starting point is the wording of the statute itself [62].

– The person with parental responsibility must be ‘willing and able’ to provide or arrange for accommodation [66].

– On the facts of this case neither parent was able due to the lawful restriction imposed on their bail conditions to preventing them from having unsupervised contact with their children. The parents did not apply to vary or discharge those conditions following the expiry of police protection. Moreover, it would have been wrong of Hackney LB to conduct itself in a way that was inconsistent with a known bail condition (or to ‘aid and abet the flouting of the bail condition’ [75]). The parents’ accommodation was also not ‘suitable’ because of its state [67].

– The word ‘consent’ is entirely absent from section 20 of the Children Act 1989. ‘There is no express statutory requirement upon a local authority to obtain a positive expression of consent from a parent before accommodating a child under the various provisions in s. 20(1), (3), (4) and (5), let alone any requirement for such consent to be in writing and subject to any of the various refinements that have been described in the case-law to which I have referred’ [68].

– This judgment does not detract from the ‘obvious wisdom’ of ‘good practice guidance’ of Sir James Munby P and Hedley J [68].

– Claims for breach of statutory duty need to go further that what has been identified subsequently as ‘good practice’. What is required is the local authority to have acted in breach of the terms of the statute [68].

– It is unfortunate that Munby J’s (as he was) decision in R(G) v Nottingham City Council & Nottingham University Hospitals NHS Trust [2008] EWHC 400 (Admin) ‘does not descend to consideration of the statutory wording of s. 20(7), which is not set out, and does not engage with the fact that it is the word ‘objects’ that is used… as opposed to the word ‘consent’ which was held to be what the statute requires’ [69].

– Following that, ‘it is of no surprise, particularly given the respect and authority that will have been afforded to a judgment of Munby J, that no issue has, apparently, been taken on the point until the present appeal and that judges of the Family Division had approached their decision on this basis’ [70].

– Of all the authorities on section 20, it is the judgment of Black LJ in Re B (Looked After Child) [2013] EWCA Civ 964 (sub nom Redcar and Cleveland Borough Council v Ors) which grapples with the precise language of s. 20(7)—with the focus on ‘objects’ not ‘consents’ [71].

– Sir James Munby PFD’s conclusion in Re N (Adoption: Jurisdiction) [2015] EWCA Civ 1112 that parental consent is required should be seen in light of the fact that ‘any issues relating to s. 20 were very much at the periphery of that case’ as the focus was instead on the ability to make orders leading to adoption with respect to foreign nationals [72-3].

– The result is that the judgment of the President of the Family Division in Re N was not binding upon the Court of Appeal in this instance, where there had been full argument and the focus was ‘directly upon s.20’ [73].

– ‘It would be wrong to elevate the requirement of consent into a rule of law that operates in all circumstances’ [74].

• Following on from that analysis, Sir Brian Leveson continued:

– To find that Sir Robert Francis QC (the first instance judge) was ‘constrained by the weight of the decisions’ and was ‘wrong to do so, not least because the statute does not require such consent to be established’ [76].

– To reverse that decision and find that ‘on the basis of the lawfully imposed bail conditions, the inference was in accordance with the law and necessary for the protection of the health or rights and freedoms of others’ [76].

– To hold that result of which is that there was no breach of section 6 of the Human Rights Act 1998 and damages should not have been awarded (£10,000 per parent being awarded at first instance) [76].

– To clarify that ‘nothing that is said in this judgment is intended to, or should be read as, altering the content and effect of that guidance in family cases. The focus of the court in the present appeal is on the bottom-line legal requirements are established by s 20 and within which a local authority must act’ [77].

– The guidance given in the Family Court, which has built upon the ‘bottom-line’ identifies ‘clear, cooperative and sensible ways in which a voluntary arrangement can be made between a parent and a local authority when a child may need to be accommodated; it is, in short, good practice guidance and a description of the process that the family court expects to be followed’ [77].

– However, and this is the big ‘but’ for readers to take away: ‘…a failure to follow it does not, of itself, give rise to an actionable wrong, or found a claim for judicial review’ [77].

– On this point alone, the appeal succeeded.

Having dealt with that point and conclusively granting the appeal, Sir Brian then turned, in passing, to the secondary issue of limitation and the scope of section 7(5)(a) and (b) of the Human Rights Act 1998.

In light of the conclusion under the first ground, Sir Brian Leveson (with LJJ McFarlane and Burnett agreeing) did not need to express a concluded view as to whether Sir Robert allowing an extension to the one year time-limit of five years was so far outside of the ambit of his discretion that it should be reversed.

However, despite this, Sir Brian Leveson ventures so far as to say that ‘for my part, I would not have extended limitation by nearly five years not only because I do not accept that the approach adopted by Mr and Mrs Williams… although entirely within their rights, should have justified an extension of time of this length for civil proceedings’ [86]. Albeit obiter dicta, it may well be considered as a warning to those considering bringing claims under the Human Rights Act 1998 outside of the prescribed one-year limitation window.

The final part of the judgment, damages, received even less attention from Sir Brian Leveson on the basis that ‘the question is now academic in this case’ [87].

Nevertheless, there is a reminder that before damages can be quantified, ‘a decision would first have to be made as to the precise nature and extent of any breach of Article 8’ [87].

As a parting comment, Sir Brian concludes by saying that ‘had the matter fallen for decision, I would not have awarded a sum even approaching £10,000 to each of Mr and Mrs Williams. Damages in cases such as these will have to be considered in greater detail should an appropriate case arise’ [87]

It is likely that today’s decision will be seen by many as limiting the scope of potential claims for damages under the Human Rights Act 1998 for misuse of section 20 of the Children Act 1989. A breach of ‘best-practice’ guidance is plainly insufficient.

What is clear is that careful advice should be sought in the first instance as to:

i. Any breach, which would need to be highly-focused on the precise wording of the statute, not merely guidance;
ii. The statutory time limit for a claim under the Human Rights Act 1998, which this case indicates is perhaps likely to be applied strictly by the courts; and
iii. There is an opportunity for the Court of Appeal to set out authoritative guidance as to the appropriate level of damages under the Human Rights Act 1998 (perhaps in the near future) should an appropriate case arise.

The judgment is available at http://www.bailii.org/ew/cases/EWCA/Civ/2017/26.html 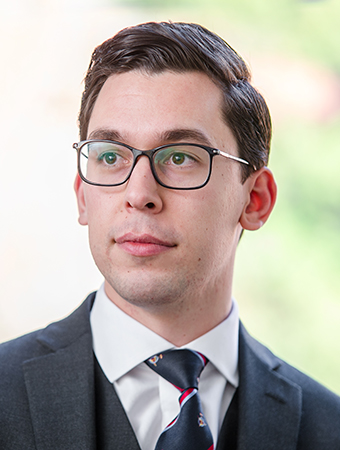