Karamjit Singh appears in fundamental dishonesty case – 3 months sentence of imprisonment imposed for false statements of claimant and his witness.

At a committal hearing listed on 21 March 2018, Mr Thaper and Mr Banger admitted 5 allegations of making false statements. The most salient of which were:

(i) Mr Banger had stated in a witness statement, dated 12th April 2017, that he did not know Mr Thaper when at all material times he did.

(ii) Mr Thaper and Mr Banger dishonestly stated in evidence that Mr Banger was an independent witness when he was not.

By way of background, Mr Thaper had been involved in a RTA on 8 November 2014. He alleged the negligence of the other driver had caused him to suffer injury, loss and damage. Approximately a week before the trial was due to take place Mr Thaper disclosed the witness statement of Mr Banger.

During the course of the trial defence counsel pointed to Mr Thaper’s bank statement which showed an entry with Mr Banger’s name next to it. At this point it was conceded the independent witness knew Mr Thaper. The case was stood down for a brief moment. When the parties returned, it was agreed the claimant’s case could be dismissed and the claimant was ordered to pay the defendant’s costs of the claim. In respect of the enforcement of the costs order, QOCS protection was removed.

At the committal hearing both Mr Thaper and Mr Banger explained the reason for their dishonesty. Mr Thaper and Mr Banger maintained the accident had happened due to the negligence of the defendant. However, the reason for their dishonesty was that they mistakenly believed the evidence of only an independent witness would be given any weight at trial.

6. The public and advisors must be aware that, however easy it is to make false claims, either in relation to liability or in relation to compensation, if found out the consequences for those tempted to do so will be disastrous.  They are almost inevitably in the future going to lead to sentences of imprisonment, which will have the knock-on effect that the lives of those tempted to behave in that way, of both themselves and their families, are likely to be ruined.” (my emphasis)

Moreover, HHJ McKenna made clear that seeking to mislead a judge strikes at the heart of the English legal system. Consequently, the only appropriate punishment was an immediate custodial sentence.

Due to the substantial mitigation, previous good character of the Defendants, the misapprehension that only the evidence of an independent witness would be given any weight by a court, the false statement not being part of a prolonged deceit and the fact they had admitted their contempt at the earliest opportunity, a 3 month custodial sentence was imposed.

When determining the period of custody, the learned judge said that he would have imposed a sentence of 6 months had it not been for the substantial mitigation he had taken into account. HHJ Mckenna did not consider a suspended sentence appropriate.

Comment: Although it is clear that cases of this type are fact sensitive, in the absence of extenuating circumstances it seems highly likely a court will impose a custodial sentence. If anything, this be a sobering reminder to claimants that the litigation process should be taken seriously as the consequences of not telling the truth could be devastating. 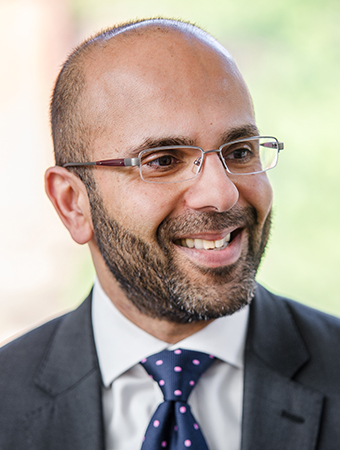