Housing Update: ‘No handrail, no relevant defect’ by Jane Talbot

The Court of Appeal has held that the freeholder of a building was not liable under the Defective Premises Act 1972 s4 where a man had fallen down a steep staircase with no handrail.  The lack of handrail did not amount to a relevant defect pursuant to s4(3).

The facts were that the freeholder had leased part of the building to a head lessee (a developer) who had sub-divided into flats and let them out.  The head lessee had replaced 2 existing staircases with a single new one.  Planning permission had been granted but a condition was that there was a handrail.  Contrary to the planning permission, the stairs were also steeper and shallower that on the plans.  The deceased was honeymooning in London on Christmas Day in 2007.  He and his wife, Megan, were at a party with friends when he fell down the stairs.  The widow of the deceased claimed that there was once a handrail but the head lessee had removed it.  The widow claimed that the freeholder was liable for her husband’s injuries under the Defective Premises Act s4.  She based this on the lease which required the head lessee to keep the premises in good and substantial repair, including remedying an inherent defect, and a  clause permitting the freeholder access for inspections and repairs.  She argued that the head lessee was in breach of building regulations and the head lease by removing the handrail and that the freeholder was liable as it was entitled to remedy the breach under the terms of the lease.

1.     Where premises are let under a tenancy which puts on the landlord an obligation to the tenant for the maintenance or repair of the premises, the landlord owes to all persons who might reasonably be expected to be affected by defects in the state of the premises a duty to take such care as is reasonable in all the circumstances to see that they are reasonably safe from personal injury or from damage to their property caused by a relevant defect.

2.     The said duty is owed if the landlord knows (whether as the result of being notified by the tenant or otherwise) or if he ought in all the circumstances to have known of the relevant defect.

3.     In this section “relevant defect” means a defect in the state of the premises existing at or after the material time and arising from, or continuing because of, an act or omission by the landlord which constitutes or would if he had had notice of the defect, have constituted a failure by him to carry out his obligation to the tenant for the maintenance or repair of the premises; and for the purposes of the foregoing provision “the material time” means:

i. the time when the tenancy commences;

ii. the time when the tenancy agreement is entered into;

iii. the time when possession is taken of the premises in contemplation of the letting.

4.     Where premises are let under a tenancy which expressly or impliedly gives the landlord the right to enter the premises to carry out any description of maintenance or repair of the premises, then, as from the time when he first is, or by notice or otherwise can put himself, in a position to exercise the right and so long as he is or can put himself in that position, he shall be treated for the purposes of subsections (1) to (3) above (but for no other purpose) as if he were under an obligation to the tenant for that description of maintenance or repair of the premises; but the landlord shall not owe the tenant any duty by virtue of this subsection in respect of any defect in the state of the premises arising from, or continuing because of, a failure to carry out an obligation expressly imposed on the tenant by the tenancy.

It was held that the phrase “maintenance or repair” did not extend to defects in a general sense and that the scope of the duty to repair was no wider than that of the covenant to repair owed by the freeholder.  It was said that the  duty to repair did not equate the a duty to “make safe”.

The head lease permitted the head lessee to make alterations with the freeholder’s consent.  Accordingly, the removal of the old staircases could not amount to breach of the lease.  If the new staircase had never had a handrail, there had been no  subsequent damage or deterioration to give rise to an obligation to repair it.  The Court rejected the widow’s argument that the handrail had been present and had been removed.  The Court went on to comment that even if she was correct, part of a building might function inadequately but it did not follow that it was in disrepair or there was a relevant defect.  Because there was no defect, the question of compliance with building regulations did not arise.

In conclusion, in claims under the Defective Premises Act 1972, the distinction between defects, ‘relevant defects’ and actual disrepair is a critical one. 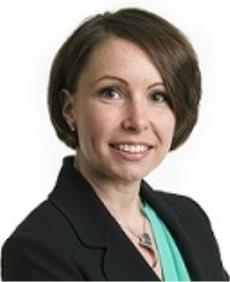