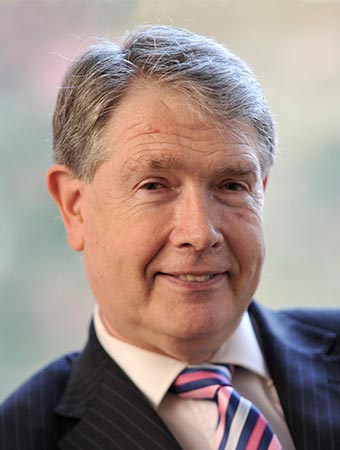 Important: There is an important announcement that has been written with regards to this profile, please read this article here for more information.

In memoriam, we have retained Peter’s website profile as it appeared at the time of his death.

Peter Cooper is a Barrister specialising in Criminal law.

Peter Cooper has been appointed at the highest level (Level 4) on the following Panels:

He has acted either alone or as leading advocate in several murder cases, and in many others led by Queen’s Counsel. Whilst the majority of his work is in the Crown Court, he also has a long record of effectively representing private clients in the magistrates’ court, including motorists and pub landlords.

He has also acted in regulatory and trading standards cases. He has frequently appeared in the Court of Appeal, and has also dealt with appeals to the Administrative Court in criminal cases by way of case stated and judicial review.

Peter Cooper has been appointed at the highest level (Level 4) on the following Panels:

Chambers and Partners 2021: “Peter is hugely experienced and unflappable in court. He has a real command of the details and he has the confidence of both the solicitors and the lay client.” “He is extremely thorough.”

Legal 500 2021: “A very experienced senior junior with a keen eye for detail, who is unrelenting in his efforts in both case preparation and in court.”

Chambers and Partners 2020: “He is calm, measured, and realistic.” “A highly respected barrister and a leader in the criminal field.”

Chambers & Partners 2019: “A class act and the go-to guy for many clients. Incredibly knowledgeable.”

Chambers & Partners 2018: “A very hard-working individual who has a substantial Crown Court practice.”

Chambers & Partners 2017: “He has an excellent presence in court and his attention to detail is superb. He has real gravitas and inspires confidence in the client that he is somebody who will put forward their case very well.”

Chambers & Partners 2016: “I’m never afraid of sending a difficult or demanding brief, whether in terms of complexity or sensitivity.” “Right at the top of the profession and an outspoken advocate in favour of the criminal legal aid Bar.”

Chambers & Partners 2015: “He is organised and efficient.”

Legal 500 2010: “Peter Cooper has exceptional attention to detail, and is astute at identifying key issues early.”

Chambers & Partners 2006: “Brings a stamp of quality to every case he takes on.”

Peter Cooper is a Pupil Supervisor.

He delivers seminars and has lectured solicitors and barristers on numerous topics, including the law and practice of historic sexual offences, making best use of expert evidence, and on the right of an accused to remain silent.

A former defence solicitor and Principal Crown Prosecutor, he has over 30 years’ experience as a criminal advocate.