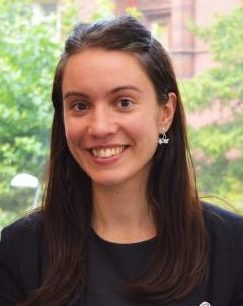 Natalie undertakes work in private law children matters, from the first hearing through to contested final hearings. This includes cases involving where a child should live, who and how often the child should spend time with a person, and relocation cases both in the United Kingdom and abroad. She represents parents, grandparents and children under FPR rule 16.4, often in complex matters where both parents are litigants in person, which have included issues such as parental alienation, serious issues of domestic abuse and inter-sibling sexual activity.

She is also instructed to represent clients who require injunctive relief, often at urgent hearings.

Natalie represented a father in the High Court opposing an application by the mother to take the child on holiday abroad. The court considered that there was a risk the child would not be returned, led by Natalie’s cross-examination, and refused the application for removal.

Natalie appeared for a mother following an application from an unrepresented father for a child arrangements order. Following a finding of fact hearing, the court proceeded to make all of the findings that the mother sought after lengthy questioning of the father by Natalie. Thereafter, the court endorsed orders for no direct contact between the child and her father, as well as a section 91(14) order in favour of the mother, orders entirely consistent with the mother’s position.

In proceedings for the father where allegations had been made against him of a serious and intimate nature, Natalie was able to mitigate the findings made against him despite much more serious ones being pursued by the mother.

The Honourable Society of Inner Temple

Alongside her practice, Natalie led the Child Protection Module at the University of Derby for three years. She overhauled the course material during this time and conducted seminars, tutorials and assessments as part of her role.

Prior to the Bar, Natalie worked as a specialist family law paralegal for two years and was appointed as a Special Constable with West Midlands Police Force.