Young women have stellar silks and judges to look up to

Several hundred barristers meet for their annual conference on Saturday. Five of them describe their hopes and fears for the profession.

What is exercising young barristers? As the profession meets this Saturday for its annual conference in London, the concerns of the younger recruits will be to the fore. And, unsurprisingly, they are much the same as for everyone else: Brexit, a work-life balance and money.

There are, of course, also professional concerns, such as proposed changes by the government to payments for legal aid work; plans from the Ministry of Justice for online courts and digital working; and Bar Standards Board changes to training and entry.

Young barristers are open to innovation, but want to be involved in shaping their profession. Whatever their area of practice they are looking for certainty:

Before Saturday’s conference, which is sponsored by The Times and has a line-up of top names including Lady Justice Hallett, the Bar chairman Andrew Langdon, QC, Sir Geoffrey Vos and Sir Keir Starmer, five barristers who are not long in practice give their thoughts on the state of their profession.

Charlotte Pope-Williams, 31, legal counsel, Bank of England
Pope-Williams is British with ­Vincentian heritage — family from Saint Vincent and the Grenadines.
Practice: Commercial law, ­including banking and ­finance
Year of call: 2011
“In my view, the overall ­morale of the profession is high. It is an honour to work in a profession where you can make a ­real difference to people’s lives and in my case contribute ­towards the public good. This is particularly true in the ­context of the UK’s withdrawal from the EU where, as a profession, we are ­using our skills, particularly our ­written and oral ­advocacy skills, to inform the wider debate.

“The Bank of England champions flexible working and work-life balance. I opted to become a civil practitioner for a number of reasons, one of which was a certain income. I do not consider it to be easier to be an employed barrister, it is simply different to being self-employed.

“More widely, one needs to take a ­contextualised approach when considering barriers to reaching the top of the profession. I have several protected characteristics, chief among which is my ethnicity. Knowledge of the ­existence of these challenges and barriers means that I can identify ways to overcome them, which is how I have found myself in my present role and I fully intend to reach the upper ­echelons of the profession.

“For the future, in my view, the direct payment of magistrates’ court fees to self-employed criminal practitioners, particularly those at the junior end, would be one small step towards ­resolving the connected issues of retention and remuneration at the junior end of the criminal Bar.”

Aadhithya Anbahan, 26, St Ives Chambers, Birmingham
Anbahan was born in Thanjavur, ­Tamil Nadu, India, and came to ­England at the age of three. She spent time in Mississippi ­working on capital conviction appeals and then as an in-house Home Office ­advocate in appellate immigration and asylum cases before pupillage.
Practice: Criminal, regulatory and housing law
Year of call: March 2015
“Since I’ve been practising, the perception of uncertainty and despair at the future of the ­independent Bar ­appears to have abated somewhat. The outlook seems much more one of cautious ­optimism.

“The political appetite for cuts to legal aid in these areas has not ­subsided to the extent that practitioners would wish and I find myself constantly ­questioning how access to justice can possibly be promoted with such extensive cuts. That is, of course, a concern maintained alongside the issues about sustaining a practice when the ­remuneration can often be ­entirely ­insufficient.

“The Bar to some extent remains an ‘old boys club’ and that can often be very hard to infiltrate. It’s not the ­easiest hurdle to overcome, but young women starting out at the Bar these days truly do have stellar female ­juniors, silks and judges to emulate and aspire to.

“For the future, I believe that the growth and prosperity of the Bar will be dictated entirely by the ­diversity, talent and merit of its intake of pupils and junior barristers and it is here that we need some reform. Diversifying the Bar means making the Bar a more ­accessible and relevant place for quality candidates.”

Edward Ho, 31, Brick Court Chambers, London
Ho is Anglo-Chinese.
Practice: ­Commercial ­litigation and arbitration
Year of call: 2009
“While it is difficult to generalise across the profession, my sense is that there is considerable concern about the ongoing cuts to legal aid as well as the uncertainty created by Brexit.

“In my area of practice, the main challenges include the impact of Brexit and the increased international ­competition from other countries to act as dispute resolution centres for ­commercial and arbitral work, in particular from countries in the Far and Middle East. While these developments are of concern, they also provide a spur for the commercial Bar to ­continue to develop and evolve.

“Maintaining a good work-life ­balance can be a challenge at times, ­especially with the pressure that 24/7 access to email brings. This applies to all barristers, but there are also individual concerns. I have never experienced discrimination on the grounds of race or disability — since 2012, I have been a full-time wheelchair user. To the ­contrary I have found my clients, solicitors, judges and court staff very willing to do whatever was needed to accommodate me. I also do not feel there are particular barriers as a result of my race or disability to reaching the top of the profession or the judiciary.

“Generally, the significant cuts to civil legal aid in the areas of immigration, housing and family law, as well as the cuts to criminal legal aid, create a real barrier to access to justice for all. The upcoming post-legislative review of the Legal Aid Sentencing and Punishment of Offenders Act 2012 will hopefully mark the beginning of positive change for the better in this area.”

Michael Jones, 33, Deans Court Chambers, Manchester
Jones is the first in his family to ­become a barrister. His father is a conveyancing solicitor.
Practice: Family law, private and public law proceedings
Year of call: 2008, practising since 2010
“Due to the significant cuts to legal aid that were made by the Legal Aid Sentencing and Punishment of Offenders Act 2012, morale at the publicly funded Bar has certainly suffered. Despite this, a number of us remain optimistic in relation to what the future holds.

“The reality is that those of us at the publicly funded Bar in the family court and the Court of Protection are in a very privileged position; we are able to represent and protect the interests of some of the most vulnerable members of society. And we can still earn a very good living. I count myself very lucky that I have a higher income than my mother, a primary school teacher who works very hard.

“As for how to improve the profession, the fees involved in taking the Bar professional training course should be reduced. The costs of completing the training element prior to pupillage ­deters many people from a career at the Bar. This is a fantastic job and should not be closed off to those who cannot afford to pay what are in reality a very high level of tuition fees.”

Rachel Segal, 46, St John’s Chambers, Bristol
Segal attended a state school in Liverpool. She was a full-time academic, including as a musicologist, then a ­freelance county court advocate working primarily on the northern and northeastern circuits.
Practice: Personal injury and clinical negligence
Year of call: 2013
“The profession is wide-ranging and highly idiosyncratic, so I would not seek to gauge the morale of the ­profession as a whole. My immediate experience in this set is that colleagues are positive, optimistic and commercially aware.

“It is tempting at the start of one’s career to think one must work every hour available and some people do burn out. However, as self-employed barristers we can identify our ­priorities, largely decide how and when we work and make our own decisions about ­income and work-life balance as far as our personal and financial ­priorities allow.

“I believe that most practising ­barristers are aware of some members of the judiciary with unreconstructed or recalcitrant views about women in general and about equality in general. As a result, as in many professions, there are times when female practitioners have to be even better than their male counterparts to operate at the same level. For the avoidance of doubt, that is not a claim for female superiority. Sexual harassment must not be tolerated in any context and it is an ­important and difficult issue. Thankfully I have not personally experienced sexual harassment.

“For the future, opening up of access to justice through a proper reinstatement of legal aid where needed would be the best single reform.”

By Linda Tsang. Originally Published in The Times. Click here for original article. 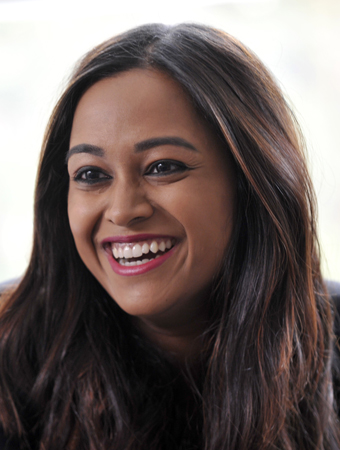