We are delighted to welcome three new Pupils to Chambers on Monday 1st October 2018.

George Smith, a scholar from Middle Temple, joins us from the University of Birmingham and begins his First Six under the supervision of Timothy Bowe.

Holly Hilbourne-Gollop received an Outstanding in her Bar exam this year and conducted her law degree at Bournemouth University. Holly begins her First Six under the supervision of Julie Slater.

Harry Marriott also joins us straight from Bar school after receiving an Outstanding in his Bar exam and undertaking his law degree at the University of Bristol. Harry will be supervised by Stuart Clarkson in his First Six.

We wish them well as they begin their careers at the Bar. 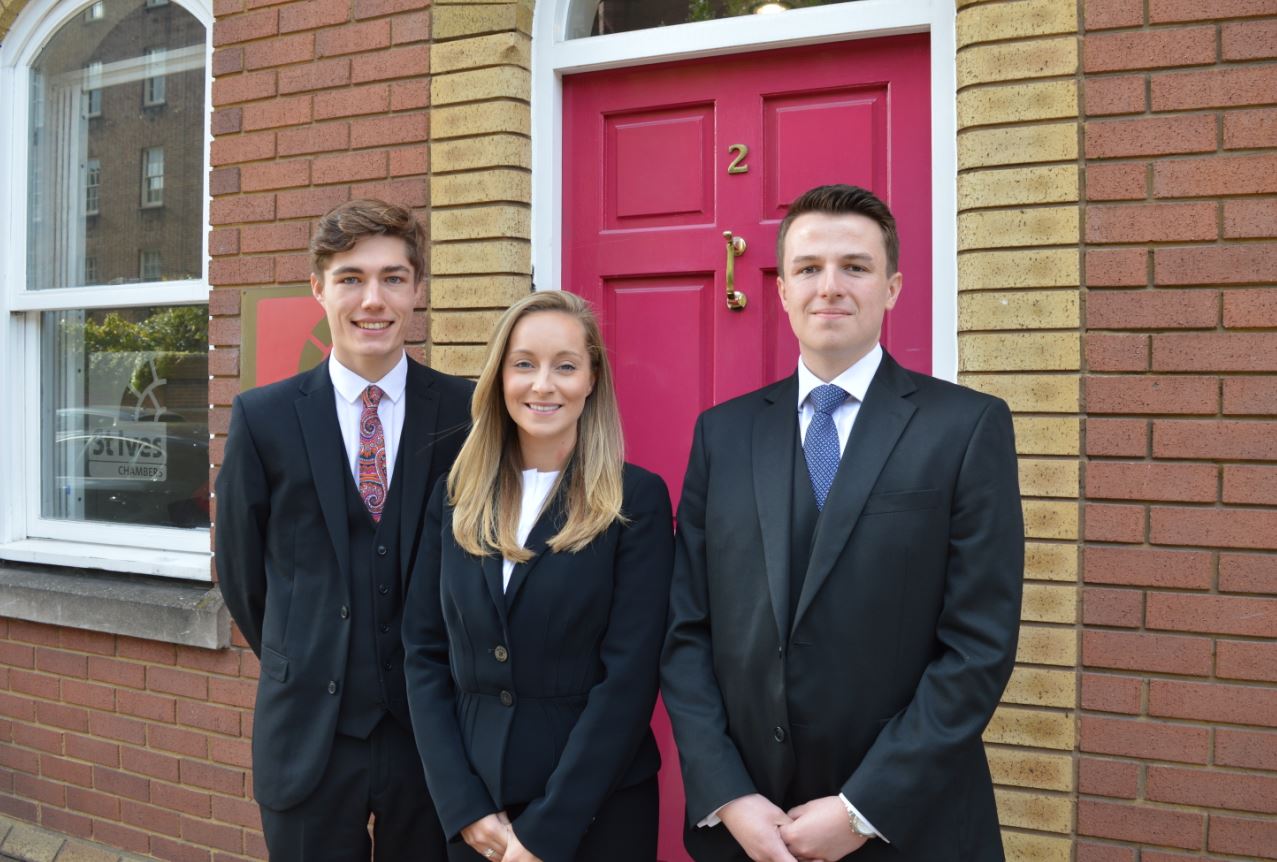