Aadhithya Anbahan has been awarded an outgoing Pegasus Scholarship from the Inns of Court Trust. Starting from the beginning of October 2017, she will be spending six weeks in Washington D.C working within the U.S jurisdiction.  Below is a summary of her first few weeks.

It has been just over three weeks since I first arrived in the USA and these last 25 or so days have been a whirlwind of fascinating legal and personal experiences. My travels have landed me based out of an apartment in the Dupont Circle/Adams Morgan area of Washington D.C. just a stone’s throw from the intrigue of the White House. That being said, I have spent most of my time thus far travelling out of state, to Delaware, Florida and California, in order to meet a variety of incredibly interesting individuals and to sit in on some fascinating work being done this side of the Pond.

I have promised to be brief in my Stateside updates and as such will stick to the absolute highlights so far on this incredible trip. The first week I was here, my fellow scholar and I had the opportunity to meet and speak with both the recently appointed Solicitor General of the USA and senior officials at the department of justice regarding an array of matters relating to the conduct of criminal litigation in the USA and the policies that were likely to influence prosecutorial focus for the current administration. The following week I was fortunate enough to attend a debriefing at the FBI headquarters in Florida provided by Special Agents in the cyber, terrorism and violent crime units. This preceded meeting with the Orlando SWAT team who had been the responders to the tragic Pulse nightclub shooting last year, followed by a conference with the Federal Judge who will be hearing the forthcoming trial of the shooter’s wife and alleged accomplice.

Our trip to L.A involved extensive time with Public Defenders, US Attorney’s and District Attorney’s comparing and contrasting the practice of criminal law across our jurisdictions. I have had the opportunity to address numerous attorneys and judges at various meetings on the British legal system and how its merits and flaws when compared to the American one. The once in a lifetime opportunity to attend the Celebration of Excellence hosted by Supreme Court Justice Elena Kagan at the Supreme Court will probably be a story I continue to tell at dinner parties for some years to come!

The few weeks I have spent so far in the USA have been a world apart from my usual court focused practice in the UK and have served to provide me with a better insight and understanding of both the US and UK legal systems. When I applied for the Pegasus Scholarship, over a year ago now, I was hopeful that the experience would permit me the ability to navigate an ever shrinking world where law is becoming a universal and global language. I am happy to report that the time I have been here so far is certainly meeting that hope. 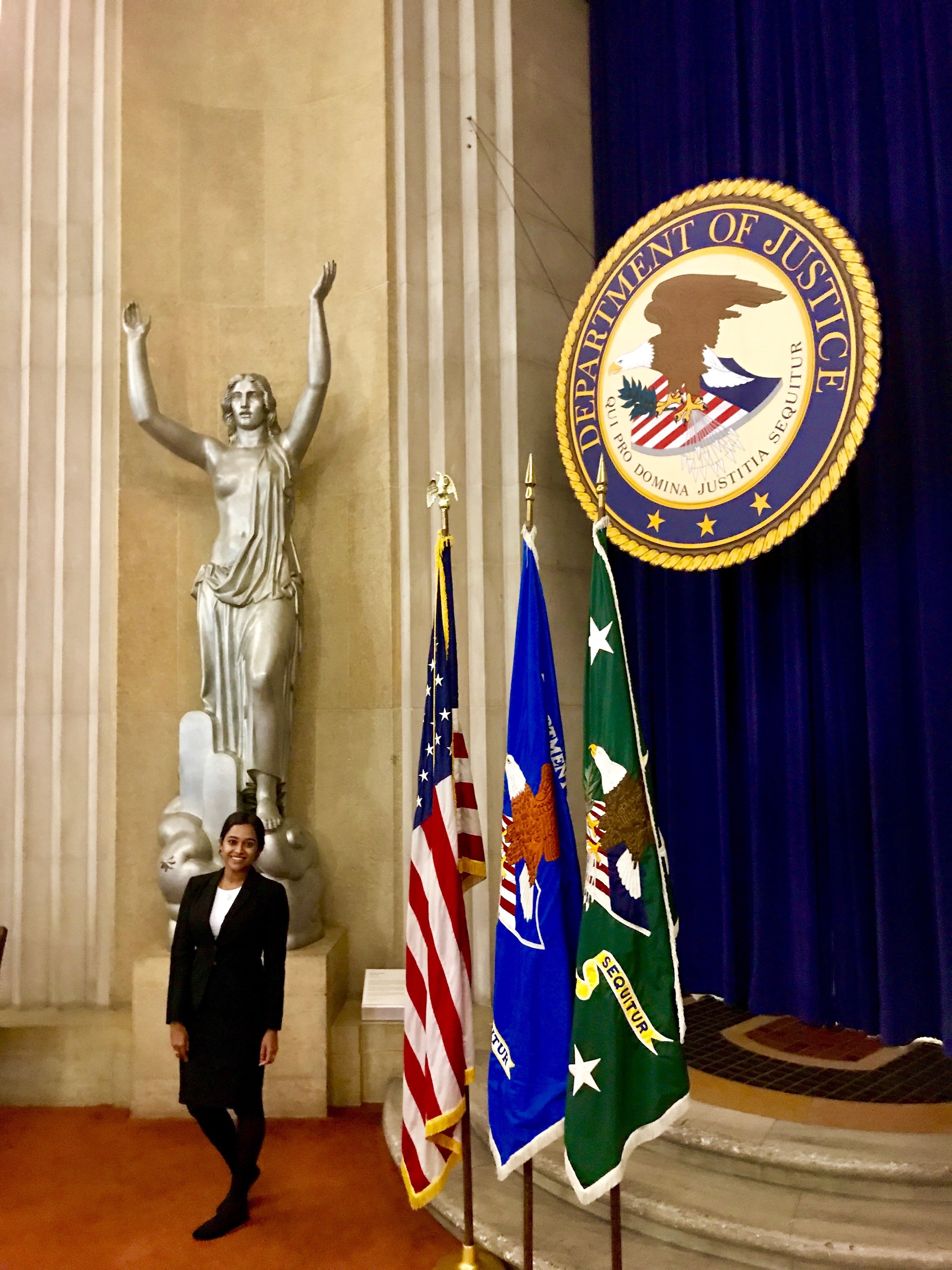