Nicholas Allen QC has joined chambers as a door tenant

The members of the Family Finance Team are delighted to announce that Nicholas Allen QC has joined chambers as a door tenant.

Nicholas, who took silk in the 2018 appointments, joins chambers with immediate effect and is available to accept instructions in all matters involving matrimonial finance. Having joined St Ives, Nicholas is the only financial remedy specialist silk working out of Birmingham.

Head of Chambers Jeremy Weston QC said “We are absolutely delighted to be welcoming Nicholas to St Ives. Over the last few years, the matrimonial finance team in chambers has been going from strength to strength. The team is enjoying a period of rapid growth, and quality of work it attracts is a testament to the ability and dedication of its members. The fact that the team now has a pressing need for a silk in this area shows that chambers are now leading the market in the Midlands for finance work.”

“We are also pleased that Nicholas will supplement the family arbitration offering in chambers, as we lead the way in the local area for finance arbitration.”

Nicholas Allen QC said “I am delighted to have accepted an offer of a door tenancy at St Ives in addition to my tenancy at 29 Bedford Row in London. St Ives is rightly recognised by solicitors and in the directories as a leading chambers in Birmingham with strength at all levels in its specialist areas. I hope that the addition of a Silk will mean that the matrimonial finance team go from strength-to-strength in the years ahead. Like several members of St Ives I am also a finance arbitrator and so I also intend to play my part in encouraging arbitration as an alternative to court proceedings.” 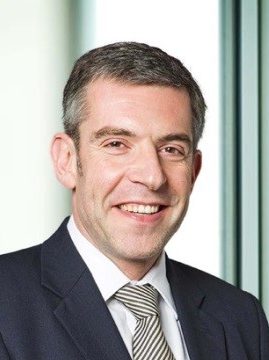