St Ives Chambers are very sorry to announce the death of our very great friend, colleague and long-standing member of chambers, Michael Lohmus.

Admitted as a solicitor in 1975, in 1994 Mike became one of the first solicitors to be granted Higher Rights of Audience when that route of qualification became available. He was a founding partner at the well-known Birmingham firm, Plunkett Lohmus, that represented clients in some of the most high profile criminal and family cases in the area. He was an elected member of the Birmingham Law Society for many years.

An advocate of distinction, pragmatism and great humour, it was little surprise when he transferred to the Bar in 2005. We were proud that he joined these chambers, where he remained for the rest of his career. He was utterly focused on his clients and always represented them to the very best of his ability in every case he dealt with.

He was a colleague and friend to all in chambers. He was a wonderful raconteur and possessed a legendary sense of humour. We will miss him incredibly.

His passion for West Bromwich Albion was only eclipsed by his love and dedication to his wife, Jill, and their sons, Sam and Tom. Our thoughts are with them at this sad time. 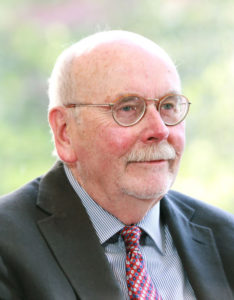