The Dawn of the Digital Age by Timothy Bowe

1. In May 2015 the Lord Chief Justice and Master of the Rolls commissioned an interim report from Lord Briggs looking at reforms that could be made to the civil justice system in England and Wales. This report coincided with a programme of reform as recommended by the HMCTS. The aim is to simplify access to justice and modernise the way in which the courts of England and Wales operate. Various proposals are made but perhaps the most innovative is that set out at Chapter 6 of the interim consultation, namely the establishment of an online court designed to process claims worth up to £25,000 designed “for the first time to give litigants effective access to justice without having to incur the disproportionate cost of using lawyers.”

2. Responses to consultation were due by February 2016 and both the Law Society and the Bar Council have entered papers. Both professional bodies raise concerns with the Bar Council warning against proposals that run the risk of creating a system of “two tier justice” where those litigants unable to benefit from legal advice are disadvantaged when navigating an online court process. Having received responses through this informal consultation Lord Briggs is due to produce his final report in July 2016.

3. This drive towards modernisation within the civil courts marks a progress of p of reform that is inevitably going to impinge upon the way in which the family courts operate. We, as with the criminal and civil courts, have for some time heard the soft beat of the drum that heralds the onset of big changes, changes made necessary by the government’s decision to significantly reduce access to legal aid thereby increasing the number of lay litigants who in turn burden an already creaking court system. Reforms are coming and all have at their core the same touchstone: the wish to create a better, more accessible, more streamlined court process that will enable the ordinary litigant to navigate their way through the judicial system with greater ease and understanding.

4. The Family Division is not immune from this drive towards improvement. That is clear from the President’s recent address to the annual dinner of the Family Law Bar Association on 26th February 2016. The full text of that address bears careful reading as it sets out a framework for change that is as broad as it is deep and which, as the President himself remarked, is “so fundamental that in retrospect the great reforms implemented in April 2014 will seem modest in comparison.”

5. So how are things going to change? The President addressed three necessary proposals that will change the landscape of family justice in this country. First, a move towards online courts. Secondly, greater simplification of the rules governing family law and finally, better, clearer court forms and orders. The pace for change is swift; four years.

6. So first, the move to online court. This is how the President explained his vision:

“In future, proceedings will be issued on-line. The applicant – and remember, the applicant will increasingly be a lay person bereft of professional assistance – will not fill in an on-line application form but an on-line questionnaire capturing all the relevant information while at the same time being much more user-friendly. Some processes will be almost entirely digitised: early examples will be digital on-line probate and digital on-line divorce, both planned for at least initial implementation early in 2017. Some proceedings will be conducted almost entirely on-line, even down to and including the final hearing. The judge, who will not need to be in a courtroom, will interact electronically with the parties and, if they have them, their legal representatives. The heaviest cases will of course continue to require the traditional gathering of everyone together in a court room, though probably only for the final hearing and any really significant interim hearings. The other hearings in such cases will increasingly be conducted over what we quaintly continue to call video links – though I earnestly hope using equipment much better than the elderly and inadequate kit to which we are at present condemned.”

7. For those familiar with the quality of online services within the courts, a little more than “hope” will be needed if family justice is going to move to a digital forum. Video links fail, emails do not reach the intended recipient and Wi-Fi simply does not connect within even in the largest of court centres. I would venture for my part that if this shift towards digitalisation is to be effective a great deal of time, money and specialist effort is required to make it serviceable within 4 years.

8. Alongside the physical way in which justice will be administered there will be a need for new, simpler rules to underpin the way in which the courts operate:

“We need an entirely new set of rules; indeed, an entirely new and radical approach to how we formulate court rules… The Family Procedure Rules, like their civil counterparts, are a masterpiece of traditional, if absurdly over-elaborate, drafting. But they are unreadable by litigants in person and, truth be told, largely unread by lawyers. They are simply not fit for purpose. The Red Book, like the White Book, is a remarkable monument of legal publishing, but, I fear, fit only for the bonfire. Rules, to the extent that we still need them, must be short and written in simple, plain English. But in reality, much that is currently embodied in rules will in future simply be embedded in the software of the digital court.”

9. In addition to a radical overhaul of the court rules the President envisages another attempt at standardising court forms and orders:

“And, finally, the digital revolution will enable us to carry through a radical revision of both court forms and court orders. The thickets of numberless court forms – I speak literally; no-one knows how many there are, though in the family justice system alone they run into the hundreds – must be subjected to drastic pruning, indeed, radical surgery, before they are digitised. Court orders must be standardised – work on this is well advanced – and digitised, with standard templates, self-populating boxes and drop-down menus designed to ease and shorten the process of drafting and then producing the order. We must have proper Wi-Fi access in courts, to avoid the farce of counsel having to leave the building to find a spot on the pavement outside where they can communicate with the court. Given the marvels of modern IT, why should we not be able to hand every litigant in all but the lost complex cases a sealed order before they leave the courtroom?”

10. So, what is the eventual outcome? The President left no room for misinterpretation about that:

“More and more courts are using eFiles in the court office and eBundles in the court room. But we still have a long way to go to the entirely digitised and paperless court of the future, though this is – must be – a vision not of some distant future but of what has to be, and I believe can be, achieved over the next four years of the Courts Modernisation Programme. The programme extends to the entire justice system: crime, civil, family and tribunals. It is a very tight timetable. It is a visionary programme of ambition unprecedented anywhere in the world. But it can be done; it must be done; it will be done.”

11.  The inevitable question is what will this mean for practitioners? Essentially the message is to adapt or die. The President encourages practitioners “to embrace with enthusiasm new, and where appropriate different, working practices. Keep to the substance of your craft, but be prepared to jettison what is only form. Cleave to the essentials. If necessary, abandon the inessentials. Make the most of direct access. Make the most of the barrister’s equivalent of what the solicitor knows as unbundled legal services. Consider the offer of guaranteed fixed fees. Embrace the opportunities for advocacy in the context of the ever-expanding range of Non-Court Dispute Resolution services – arbitration in particular.”

12. Whilst the contents of this address could be described as a sketch of what to expect in the future what is plain is that change is coming and that it is inevitable. At the very least it is perhaps fair to say that a new digital dawn is on the horizon, and it seems that we are all going to have to invest in a good scanner and learn to touch type. 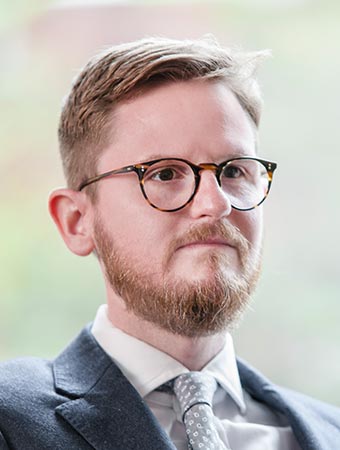