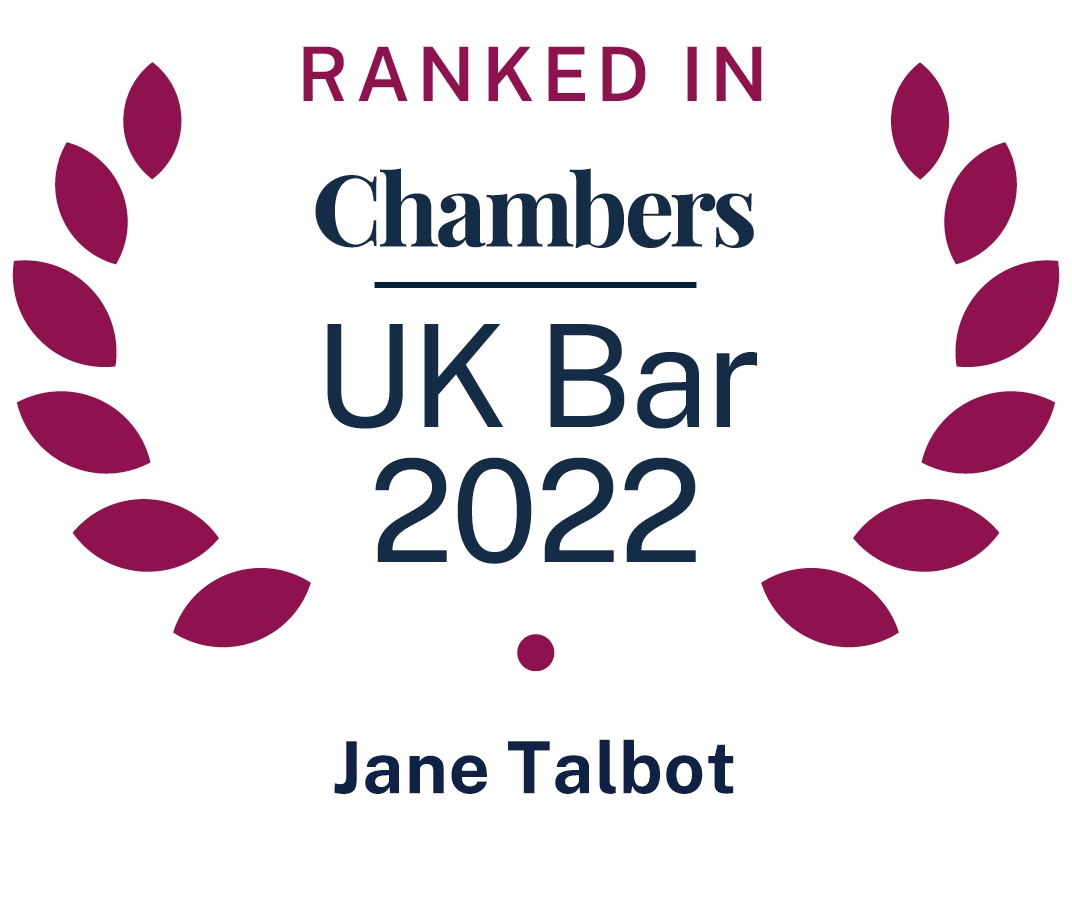 Jane Talbot  has specialised in Landlord and Tenant law since qualification, acting for Local Authorities, Private Registered Providers, private landlords and tenants. Jane has a high profile for such work and has been at the forefront of emerging legislation by virtue of her position as member and later, Chair of the Law Society’s Housing Committee (a role held from 2008-2017). In this role, Jane gave evidence to the Home Affairs Select Committee on the implications of the Anti Social Behaviour Crime and Policing Act 2014 and has also given evidence to the Welsh Government on the Renting Homes proposals.

Jane has a particular interest in cases involving capacity issues, allegations of discrimination, Equality Act and Public Law challenges. Jane lead on the Court of Appeal case of Knowsley Housing Trust v McMullen (2004) and sat on an advisory panel drafting the guidance to accompany the Equality Act 2010 for the housing sector. Jane has been involved in several cases in the Court of Protection where best interests decisions have been made in relation to a tenant’s occupation of rented accommodation and has knowledge of the Local Authority duties under the Care Act 2014 in relation to safeguarding vulnerable adults.

Jane has written numerous articles on landlord and tenant issues in publications such as Inside Housing and the Guardian. Jane also speaks at both regional and national events.

Wolverhampton City Council v Lake (2018) Jane acted for the Local Authority in this matter. The Respondent was arrested after he drove recklessly at speeds of excess of 80 miles per hour in a 30 zone in breach of a county wide car cruising injunction that resulted in him crashing into a car during a police chase.  The occupants of the car were an elderly couple who fortunately only sustained minor injuries.  He was produced before the High Court where he admitted the behaviour. HHJ Worcester said that the Injunction was to promote road safety, prevent nuisance and to keep the roads and road users safe.  He found that the breach was deliberate, the Defendant was not a spectator and actively took part in a serious breach of the Injunction.  It was found that the Defendant did apologise and showed remorse soon after the incident.  The Judge sentenced him to 4 months immediate imprisonment but reduced by a quarter to three months for his remorse and early plea.  This was the first immediate custodial sentence imposed in respect of the black county car cruising injunction. For media coverage please click here.

Associate Solicitor of the Year 2014

Chambers &Partners 2022: “Jane is a top-rate advocate, and she is very thorough and very passionate about achieving results.”

Legal 500 2022: “Jane is a pleasure to work with. She manages complex matters with ease and has a reassuring and calm manner which is a real pro.”

Chambers and Partners 2021: “She is very thorough, extremely personable, excellent with clients, very good on her feet and a very safe set of hands. She is very good technically and puts a lot of effort into research.”

Legal 500 2021: “Considers the practicalities of a case as well as its legal elements, and understands the issues from a solicitor’s perspective as well.”

Chambers & Partners 2020: “A gifted barrister with great talent not only on her feet but also with her friendly and reassuring approach with clients.” “Very thorough and willing to go the extra mile.”

Chambers & Partners 2019: “She has a wealth of experience and is a very capable advocate.” “Very professional and helpful.”

Chambers & Partners 2018: “She is an absolute star and has seamlessly made the transition from solicitor to the Bar. She really knows her stuff, housing-wise. When we instruct her I always sleep much sounder knowing that she’s on board to fight our corner. No problem I’ve approached her with has been too tricky.”

Jane has written numerous articles on landlord and tenant issues in publications such as Inside Housing and The Guardian.  Jane also speaks at both regional and national events.

A selection of her articles (written during her work as a solicitor) are below:

Writing in the Resolve ASB newsletter, Jane Talbot looks at the interplay between anti social behaviour, housing and domestic violence. To read the article in full click here.

A profile on Jane Talbot when she was appointed as The new chair of the Law Society Housing Law Committee.  To read the profile in full, click here.

Writing in the Guardian newspaper, Jane Talbot (nee Plant) discusses how anti-social behaviour laws impact on situations with nuisance neighbours.  This article was published after Jane gave evidence to the home affairs select committee on 15th January 2013.  To read the article in full, click here.