1.      Judicial review CAN be used as a mechanism for reviewing a LA’s decision making in respect of adoption where there has been procedural unfairness. In R (on the application of EL) v Essex County Council [2017] EWHC 1041 (Admin), the Mother’s JR application was allowed and the decision to place the child was quashed; M had established that the LA had not acted fairly in accordance with the decision of the Court of Appeal in Re F (Placement Order) [2008] 2 FLR 550 relating to the need for a LA to act fairly when making a decision to place a child for adoption pursuant to a placement order.

a.      it addresses the construction and effect of s24(5) ACA 2002, which provides when an adoption agency needs the leave of the court before placing a child for adoption in respect of whom a placement order has been made; and

b.      it addresses the decision-making process of the relevant adoption agency when making a decision to place without the leave of the court.

3.      The Court of Appeal made considerable efforts to ensure that its decision was circulated. It was highly critical of the approach taken by the adoption agency in Re F to the making of the decision to place and made it very clear that:

a.      a parent could seek JR of a decision to place a child for adoption that was not made in accordance with good practice and so, in administrative law terminology, was unfair; and that

b.      in those proceedings, and perhaps others, an interim injunction to prevent a placement for adoption could be sought.

4.      In Re W-C (Children) [2017] EWCA Civ 250, the Court of Appeal set aside a placement order in respect of a two year old child where the judge had erred in failing properly to address the guardian’s argument that the child should be placed in long-term foster care with her aunt, reaching his conclusion before evaluating the appropriate checklist under s1(4) ACA 2002 and applying the wrong test for dispensing with parental consent under s52(1)(b).

5.      The LA had commenced care proceedings in respect of 2 children, C and D, and had recommended that they be placed for adoption, while the guardian sought their placement in long-term foster care with their maternal aunt under a special guardianship order. The judge found that leaving the children with their mother was not a realistic option and that C should be placed with his maternal aunt. He then considered whether D should be placed for adoption, and concluded that she should, later referring to the welfare checklists in s1(3) CA 1989 and s1 ACA 2002. He held that dispensing with parental consent was in D’s best interests and ordered her placement for adoption.

6.      The Court of Appeal allowed the appeal by the Guardian:

a.      In considering the choice for D of adoption or long-term fostering, the judge had erred in failing to refer to the relevant authority and in failing to identify the factors for and against fostering and adoption respectively.

c.       The judge had announced his decision that D should be adopted before considering the checklist in s1(4) ACA 2002. It was not possible for the court to decide on adoption unless and until the s.1(4) checklist had been considered.

d.      The judge had erred in dispensing with parental consent to adoption on the basis of the wrong test. The correct test under s52(1)(b) ACA 2002 was that the court had to be satisfied that the child’s welfare required the parents’ consent to be dispensed with. “Required” in that context meant that adoption was necessary for the child’s welfare, following an evaluation of its proportionality in accordance with Article 8.

e.      There had been a wholly inadequate analysis of the issue of whether D should be placed for adoption or long-term fostering.

7.      In Re W (A Child) [2017] EWHC 829, the President was dealing with care proceedings in relation to a child born in 2012, which resulted in care and placement orders and the child being placed with prospective adopters. There were ongoing proceedings and appeals by the father who cared for the child’s three half-siblings.

8.      Permission was granted to the local authority to withdraw the care proceedings since it was no longer in the child’s best interests for them to continue. It was in her best interests for an adoption order rather than a child arrangements order to be made because:

a.      the risk of moving the child from her adoptive placement was great;

b.      she was likely to suffer immediate and significant levels of trauma; and

c.       she also had no meaningful relationship with her birth family.

9.      Direct contact would safeguard her psychological well-being, but it was left to the adopters, as her parents, to determine when and how it should take place. The court dispensed with the birth father’s consent and made an adoption order.

10.  The father subsequently applied to set aside the adoption order and prevent the removal of the child from the jurisdiction by her adoptive parents – reported as Re W (No 4) [2017] EWHC 1760 (Fam).

To read the full copy of our Child Care Newsletter, please click here 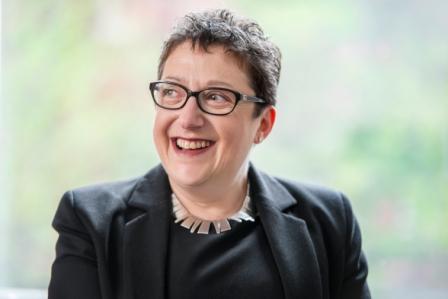