In a recent appeal from a county court decision, HHJ Luba QC in the case of Caridon Property Ltd v Monty Shooltz has held that the previous gas safety record of a Property will need to be served on a new tenant before they commence the tenancy, otherwise any subsequent section 21 notice served against them will be invalid. This applies to tenancies commencing after 1st October 2015 when the new regulations came into force.

The Claimant landlord let a flat to the Defendant tenant on an Assured Shorthold Tenancy. Regulation 36(6)(b) of the Gas Safety (Installation and Use) Regulations 1998 require a Gas Safety Certificate to be given to a new tenant of premises “before that tenant occupies those premises…” (except for tenants occupying the property for less than 28 days where a record may instead be prominently displayed within the premises). The Gas Safety Certificate in the Property in this case was not served on the tenant by the Landlord until approximately 11 months into the tenancy.

Around the same time that the Gas Safety Certificate was served the Landlord also served a section 21 Notice on the Tenant. The issue at court was whether or not the Landlord had complied with the requirements of the Assured Shorthold Tenancy Notices and Prescribed Requirements (England) Regulations 2015 and if not, whether they were prevented from serving a section 21 notice under section 21(A) Housing Act 1988.

The relevant part of section 21A(1) of the reads as follows (my emphasis added):

“A notice under subsection (1) or (4) of section 21 may not be given in relation to an assured shorthold tenancy of a dwelling-house in England at a time when the landlord is in breach of a prescribed requirement”.

Under the Assured Shorthold Tenancy Notices and Prescribed Requirements (England) Regulations 2015 at paragraph 2(1)(b), Regulations (6) and (7) of the Gas Safety (Installation and Use) Regulations 1998 were such prescribed requirements. However the wording of Regulation 2(2) was an issue at trial as the argument of the Landlord was that the wording of the section disapplied the time limits of the requirement in general. This reads as follows:

“For the purposes of section 21A of the Act, the requirement prescribed by paragraph (1)(b) is limited to the requirement on a landlord to give a copy of the relevant record to the tenant and the 28 day period for compliance with that requirement does not apply”.

At first instance, District Judge Bloom considered that the Landlord had not complied with the prescribed requirements and dismissed the case. The Landlord appealed.

At the appeal, HHJ Luba QC held the following with regards to the argument regarding the time limit:

“…those words [in section 2(2)] do not limit the impact of paragraphs 6 and 7 of Regulation 36 only to the scenario in which parliament is concerned with notice in relation to gas safety being given to existing tenants. Nor, in my judgment, is that understanding of Regulation 2(2) changed by the additional words “and the 28 day period…”. In my judgment, what those words mean is that where a landlord is seeking to say he or she has complied with the variant of paragraph 6 or 7 relating to an existing tenant that then the 28-day period for compliance with the requirement to give notice to an existing tenant does not apply…”.

There was some suggestion in the appeal that as long as a landlord complied with the regulations, even if such compliance was later than anticipated, this would allow the Landlord to serve a section 21 notice (a similar approach to the position regarding security deposits under sections 212 to 215 of the Housing Act 2004). However with respect to the wording of Regulation 1(b), the Judge took a very strict approach to the wording:

“In my judgment, that cannot sit appropriately with the obligation in the GS Regs for notifications to either be given or displayed prior to the taking up of a tenancy by an incoming tenant. That seems to me to have been a ‘once and for all’ obligation on a prospective landlord in relation to a prospective tenant. Once opportunity has been missed, there is in my judgment no sense in which it can be rectified. If the Minister believed that that ‘once and for all’ cut off should not debar a landlord from serving a Section 21 notice, it was open to the SoS to simply disapply those parts of Paragraphs 6 and 7 of Regulation 36 in express terms in what has become Regulation 2(2).”

The decision of the Judge to dismiss the case at first instance was upheld.

The key point for landlords to take from this case is that when commencing a new tenancy with a new tenant, under the wording of the legislation, the landlord only has one chance to provide a Gas Safety Certificate at the beginning of the tenancy, otherwise they will be prevented from serving a section 21 notice. It is a small error to make but can have big ramifications for the management of an assured shorthold tenancy.

It remains to be seen whether this the case will be appealed further but the decision is likely to have significant ramifications as although it is an appeal from a county court decision, HHJ Jan Luba QC is acknowledged as an eminent and authoritative housing practitioner. As such, this case is likely to be cited by Defendants in any possession cases coming before the courts where this issue arises. 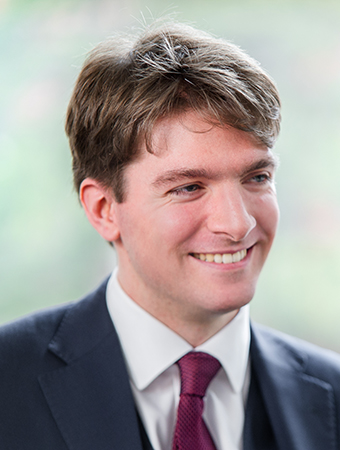