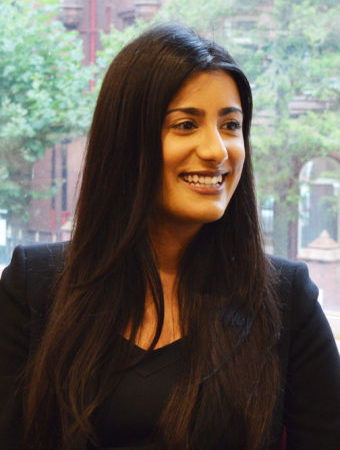 Zara has been instructed in a range of criminal matters acting for both prosecution and defence in the Crown and Magistrates’ Court.

During the course of her pupillage, Zara secured an acquittal when defending a robbery matter in her first Crown Court trial.

Zara is Grade 1 on the CPS Advocates Panel.

Prior to pupillage, Zara assisted both prosecution and defence counsel with the presentation of digital evidence in several multi-handed and complex criminal trials.

R v Delroy Wright and others (2017): Supported senior and junior counsel with the delivery of CCTV evidence in a gangland murder trial.

R v Tyndale, Habib and others (2016 and 2017): Assisted counsel in the presentation of evidence in two trials involving multiple defendants who were convicted of counts of conspiracy to defraud, conspiracy to money launder and money laundering. The case involved an international organised crime group that targeted public bodies and fraudulently diverted £12.6m away from legitimate construction projects.

Zara subsequently spent six months, before commencing pupillage, as a Prison Law advocate at a firm in Nottingham. She represented inmates in several matters including independent adjudications, Parole Board paper and oral hearings and recategorization reviews.

Master of Laws in International Law (LLM), University of Nottingham, 2016

Bachelor of Laws in Law (LLB Hons), University of Leicester, 2015

The Honourable Society of the Middle Temple

“For every promise, there is a price to pay” Re-visiting the Doctrine of Proprietary Estoppel in Guest v Guest [2020] EWCA Civ 387