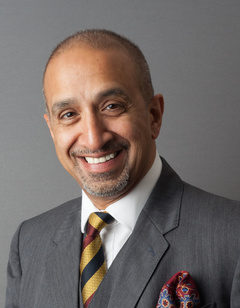 Recently instructed to defend the leader of a north London mosque charged with murder and separately with possession of explosives and ammunition. The cases have already attracted high-profile national media attention due to the defendant’s family connection with a celebrity pop star.

Described by the Legal 500 as a barrister who ‘stands out’, a ‘well-prepared and meticulous advocate’ who is a ‘flawless courtroom performer’.

He is regularly instructed in High Court and appellate work, including appeals against conviction, civil asset recovery and appeals on points of law e.g. developing the law on confiscation (R v Allpress et al).  He recently secured the rare intervention of the Court of Appeal (presided over by Hallett LJ the Vice-President of the Criminal Division), via substitution of a lower charge and early release of a young defendant who had wrongly pleaded to s.18 Wounding under the misapprehension he was pleading to s.20, further to former Counsel’s advice (R v McCarthy).

Lead Counsel in numerous international arbitrations across a multi-disciplinary range of commercial disputes.  Currently instructed as Lead Counsel in a mining dispute between a German and a Sierra-Leonian company, to be held at the London Court of International Arbitration.

Appointed to the Special Controls Review Panel of the Legal Aid Agency
CIArB Diploma in International Arbitration
Fellow of the Chartered Institute of Arbitrators
Member of the Bar of Northern Ireland
Accredited Mediator to International Standards (LSM)
Visiting Lecturer at Leiden University, the Hague
Rights of audience in the DIFC Courts, Dubai