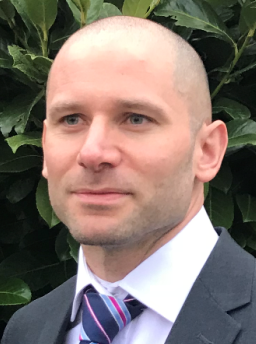 Mr Burch joined Chambers in 2017 having originally practiced at a leading Legal 500 set in London.

Having been the partner in a firm of solicitors he has also gained valuable experience in client care and has a full understanding of the legal process from arrest through to trial.

He has adopted a no-nonsense, honest approach to dealing with clients but is mindful of the need to adapt to the different personalities and needs of individual clients. One of his main attributes is a keen eye for detail with particular skills in presenting data analysis which are paramount in engaging with a jury on complex cases.

As a CPS level 3 advocate Mr Burch also prosecutes serious matters giving him the experience to take a balanced approach to cases whichever side he is working for.

His practice incorporates all areas of crime with particular experience in sex cases, drug matters and violence. Matters involving electronic evidence are a specialism for him. He also boasts experience in PII and disclosure matters.

R v S – 2015 Central Criminal Court – Defended in drug importation conspiracy concerning the largest haul of amphetamine ever to be seized within the UK.

R v B – 2014 – prosecuted a carer accused of sexually abusing a child in his care who had severe learning difficulties. This case was part of the pilot scheme for s28 video recorded cross examination.