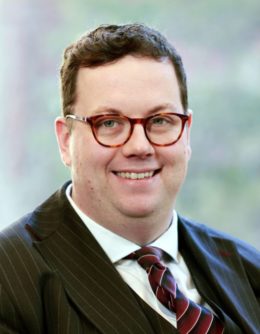 Mark practises exclusively in family law and specialises in matters relating to children. He has a busy practice and a reputation for providing excellent client care and being thoroughly prepared. Mark aims to provide realistic and pragmatic advice whilst always being prepared to fight his client’s case.

Mark is a public law specialist and is regularly instructed to represent parents, local authorities, children and interveners in care proceedings. He is also experienced in representing vulnerable adults and older children who are competent to provide their own instructions. Mark has experience of cases involving:

In the last few years, Mark has been led by Queen’s Counsel and senior junior counsel in a number of complex and often lengthy care cases.

Mark has experience of representing all parties in forced marriage cases, including cases with international elements where the inherent jurisdiction of the High Court has been invoked.

Mark is being led by Jeremy Weston representing a parent accused of causing multiple injuries to a child including skull fractures. The case is being heard by a High Court Judge.

Mark was led by Tracy Lakin in three-week a finding of fact hearing before a High Court Judge. The allegations included cruelty and torture.

Mark represented a baby who has sustained multiple life-changing injuries including multiple skull fractures. Mark was led by Matthew Maynard for the finding of fact hearing.

Mark was led by Jeremy Weston QC representing a parent in a complex sexual abuse case involving multiple families. The case was heard by a High Court Judge and the finding of fact hearing was one of the longest ever heard in the Family Court.

Mark was led by Jeremy Weston QC representing a parent in a case involving the death of a baby following a serious brain injury before a Deputy High Court Judge.

Mark was led by Matthew Maynard representing the children in a complex FII case, which included an allegation of poisoning.

Mark was led by Justine Lattimer representing a parent in an unusual FII case including elements of fabricated sexual abuse and a ‘staged’ suffocation.

Mark represented a local authority in a case involving extreme chastisement of two children, including allegations akin to waterboarding.

Local Family Justice Board (representative for the Bar)

Chambers and Partners 2020: “He is personable, extremely well prepared and very focused on the right outcome.”

Chambers and Partners 2019: “Calm and compelling, he grasps the issues in a case and wins the confidence of judges.” “His cross-examination has a pinpoint accuracy which leaves the court in no doubt as to who is in control of the case.”