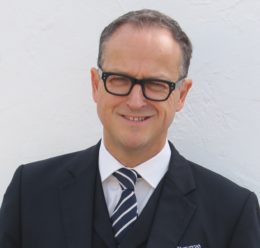 Jason Hadden MBE is an award winning barrister specialising in Family law.  Jason has been shortlisted for the last three years as the barrister of the year awards by the Law Society in Birmingham.

Jason appears on a daily basis in courts all over the country in public law disputes. He appears in the magistrates court, county and the High court. He undertakes case management hearings, fact finding hearings, IRHs and final hearings.

Jason frequently acts in human rights claims were compensation is awarded to his clients for breaches against the local authority.

Jason’s case preparation is first rate and solicitors praise him for being dedicated, passionate and skilled advocate. Clients have reported that Jason always “fights his client’s corner in court”, and “fights hard for justice”. He is regularly praised by clients for his “listening”, speaking in a way I understood” and “giving it to me straight. He doesn’t muck about, with clients or the other side”; “that he doesn’t get intimidated by the Judge or the other side”; “a breathe of fresh air”; a “fighter”.

Jason has over twenty years’ experience having originally qualified as a solicitor and becoming a partner in a private practice in London. Jason lectures on private law, to solicitors, barristers and members of the judiciary. He regularly speaks on radio (BBC, TalkRadio, LBC) on social and legal matters. He is an accomplished author having co-written How to Represent Yourself in the Family Court published by Little Brown. He regularly writes for regional and national publications.

He also advises in foreign jurisdictions, having recently advised on parental alienation in a case in Singapore.

Jason undertakes direct (public) access cases which allows clients to instruct him directly without the need for a solicitor.

Jason was made an MBE by Queen Elizabeth II for his work in the law.