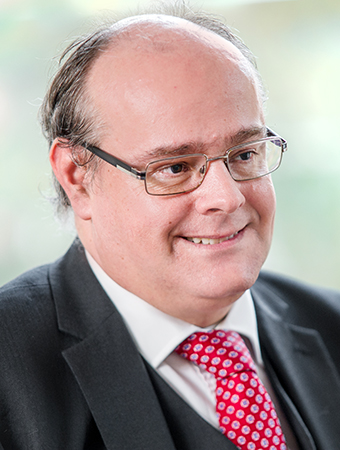 Ian has worked for the Crown Prosecution Service and for a firm of Solicitors as an in-house advocate. He is an experienced trial advocate.

Ian is a Grade 3 prosecution advocate, regularly prosecuting matters involving violence, general dishonesty, and drugs. He has also appeared for the defence in matters of serious violence, dishonesty and sexual offending.

Successfully defended a man charged with four rapes on his ex-partner.

Successfully defended a man charged with indecent assaults and rape on his half-sister and cousin, dating back to the late 1990s.

Successfully defended a man charged with indecent assaults and a rape on his then partner’s two daughters, dating back to the early 1990s.

Warwick Crown Court. Successfully prosecuted the trial of the ex-girlfriend of a convicted robber, who had tried to pervert the course of justice by providing him with a false alibi statement to the police. At her trial she sought to maintain that she had not deliberately lied.

Warwick Crown Court. Successfully prosecuted the trial of a gas engineer who had involved himself in a conspiracy to defraud his employers by arranging the delivery of boilers and boiler parts to fictitious addresses. At the trial he sought to maintain that he had been naïve and was only doing a fellow worker a favour.

Coventry Crown Court. Successfully defended allegations of sexual assault by care worker on a disabled patient in a care home.

Coventry Crown Court. Defended a man accused of rape of his step-daughter.

Coventry Crown Court. Negotiated acceptable pleas to consensual sexual activity by a boy upon his girlfriend, when the boy had originally been charged with a number of rapes.

Warwick Crown Court. Successfully prosecuted a taxi driver charged with sexually assaulting and then robbing a passenger during a late night journey.

Wolverhampton Crown Court. Successfully prosecuted a cleric who had sexually assaulted a member of hotel staff during therapy treatment.

Stafford Crown Court. Defended one of four defendants charged with conspiracy to commit arson intending to endanger the life of a special constable in a trial listing two weeks.

Ian Windridge prosecutes in the case of a sex offender charged with being in breach of a court order a judge at Warwick Crown Court. To read more click here.

Ian Windridge prosecutes in the case of a man charged with attempting to incite a child to engage in sexual activity and attempting to meet a child following grooming. To read more click here.

Ian Windridge prosecutes in the case of men charged with possessing criminal property in the transportation of drug money. To read more click here.

Ian Windridge prosecutes in the case of a man who stole a valuable antique inkwell from a display at Warwick Castle. To read more click here.