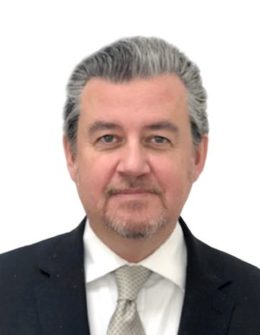 He has a special interest in the representation of doctors and other healthcare professionals both in the criminal context and the disciplinary context. Has had many years’ experience of appearing before the GMC and the GDC.  His expertise includes cases involving complex medical issues e.g. baby shaking cases, mental health and causation issues.

He can be instructed in appellate work following conviction.

R v Ebrahimi 2018 – instructed in the prosecution of terrorist related charges arising out of the arrest of a man engaged in a campaign against the authorities/police and in possession of bomb making equipment, chemicals, surveillance equipment and weapons.

R v Miah 2018 – instructed for the defence in only the second prosecution brought under the forced marriage legislation. A case in which the complainant had been “extracted” from Bangladesh by officers of the British High Commission.

R v Beer 2018 – instructed in the prosecution of a man who brutally killed his mother where the issue centred around his fitness to plead because of his schizophrenic condition.

R v Leslie – defended in a trial on charges of conspiracy to cause explosions in the UK. Concerned allegations of the facilitation of a pipe bombing campaign in the Midlands in the context of organised crime.

R v Amini – instructed for the defence in the first ever prosecution brought by F.A.C.T relating to a large scale DVD counterfeiting operation.

R v Edwards – instructed for the husband defendant charged with his wife with shooting her parents in 1998 and burying them in the back garden of their house in Mansfield, a crime discovered 15 years later.

R v Gillard – instructed to represent one of several police officers charged with conspiracy to pervert the course of justice arising out of the original trial relating to the Lynette White murder in South Wales in the 1980s.

R v X – instructed to defend a serving police officer charged with date rape, a case held in camera due to the sensitivity of his work.

R v Halfpenny (ongoing) – Currently instructed to defend one of the principal defendants in a multi-million pound investment fraud due to be tried in 2020 and expected to last for 4 to 6 months.

R v Alemi 2018 – represented a Consultant psychiatrist on charges of fraud. She was alleged to have forged the will of one of her elderly patients with a view to obtaining an estate worth over £1 million.

R v Quillan 2016 – Instructed to defend the principal defendant, a highly experienced IFA, in a pension fraud involving a very sophisticated scheme using SIPP vehicles to claim RAS. The Prosecution case lasted 2 months at the end of which the Judge ruled on the basis of the technical arguments mounted by the defence that there was no case to answer. The Prosecution appealed the terminating ruling and the matter was heard by the Lord Chief Justice. The appeal was successfully resisted.

R v Roderick & Smith – Instructed by the Revenue to prosecute 2 defendants accused of a sophisticated tax fraud involving the use of offshore companies and the evasion of corporation and income tax.

Private Prosecution – Instructed by a multi national company to advise in relation to the potential private prosecution of one of its executives in respect of allegations of systematic fraud within the company.

R v Hayre – Instructed for the defence in a £20 million missing trader fraud.

R v Dr. Hervel – Instructed for the defence in a case involving systematic fraud upon the NHS. Instructed by the NHS counter fraud service to advise and prosecute in several frauds on the NHS.