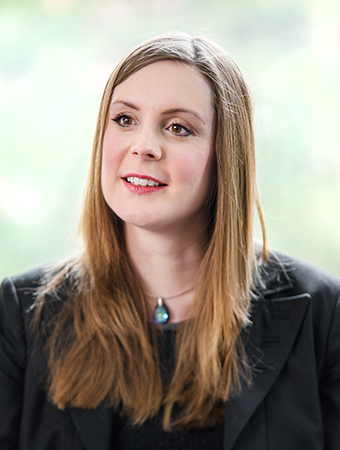 Anya Newman is a specialist housing law practitioner who prides herself on her ability to understand her client’s objectives and give practical advice, enabling clients to achieve the best possible outcome in the most efficient manner. She is known as a ferocious advocate and fights hard for her clients. She frequently undertakes possession claims involving complex succession arguments or difficult human rights and Equality Act 2010 elements, in addition to Judicial Review, disrepair and homelessness cases including matters involving the traveller community.

Anya has developed a substantial local government litigation practice across a range of disciplines having been led by Joseph Giret QC in a ground breaking cross-county application to prevent car cruising and its associated nuisances across the Black County, for which she received an award from West Midlands Police. Her social housing practice includes the following areas:

Anya is Head of Training for the St Ives Social Housing group and is available for targeted training on request.

In this possession claim on the grounds of anti-social behaviour, the Defendant was so mentally unwell that she was represented by the Official Solicitor. The medical evidence suggested that the anti-social behaviour was contributed to by the Defendant’s mental illness however there was also a causation issue due to the Defendant’s drug and alcohol misuse. The Defendant sought to argue that the possession proceedings were discriminatory and there had been a failure to undertake reasonable adjustments. She also brought a counterclaim for damages for discrimination. After a lengthy trial with an Equality Act assessor, Anya was successful in gaining outright possession.

Anya was led in the High Court by Joseph Giret QC in this case concerning car cruising across the counties of the Black Country. The car cruises were attended by hundreds of individuals who congregate to show-off their modified vehicles, perform dangerous stunts and compete in illegal races on the public roads which traverse the counties.

The application itself was ground breaking because of the broad area which it sought to protect, dispensing with personal service and the power of arrest attached.

In this case one of the joint tenants was in prison for sexually abusing a child in the property. The tenant’s spouse who had had no knowledge of the offences remained in the property alone but wished for her husband to return to her when he is released several years in the future. In this unusual case Anya made careful submissions drawing on the law concerning serious drug offences and successfully obtained an outright order.

This case involved a judicial review challenge to the consultation process which had taken place prior to the designation of an area of Wolverhampton as a Selective Licensing area. The applicant company claimed to represent dozens of Landlords in the affected area.

The case raised issues such as standing, public interest and delay in addition to the principal question of whether the consultation process had been carried out lawfully.

Anya successfully defeated an interim injunction application which was an attempt to prevent the scheme from coming into force and due to the defeat, the Applicant withdrew its application for judicial review.

Chambers and Partners 2021: “She is incredibly knowledgeable and won’t take nonsense from the other side. She is very competent, approachable and practical.”

Legal 500 2021: “A persuasive advocate whose no-nonsense approach gets the job done.”

“She provides astute commercial and tactical advice, supplemented by her excellent in-depth knowledge of property law.2

Chambers & Partners 2020:“She has excellent attention to detail, exceptional technical knowledge and ability and is always helpful and supportive.” “She is very polished and makes good points.”

Chambers & Partners 2019: “She has great technical knowledge and is always helpful and supportive.”

Legal 500 2018: “She has great technical knowledge and always fights her client’s corner.”

Chambers & Partners 2018: “She provides useful, practical advice on the risks and merits of a case, and on how to strengthen a case. She’s very good at cross-examination and has a good rapport with witnesses.”

Chambers & Partners 2017:  “Routinely undertakes complex property disputes, antisocial behaviour litigation and possession claims involving human rights issues and the Equality Act.  She makes regular appearances in the High Court.” “Has an excellent rapport with clients and is always prepared to argue fiercely for the outcome desired by those instructing her.”

Chambers & Partners 2016: “She fights tooth and nail for her clients.” “She is a very knowledgeable, very smart young barrister who knows the law, thinks well on her feet and is well prepared. She’s highly respected.”

Chambers & Partners 2015: “She is fresh and determined. She is always enthusiastic, practical and very approachable.” “She has an excellent rapport with clients and is always willing to argue hard for the outcome desired by those instructing her.”

Chambers & Partners 2014: “She is to be highly commended for the quality of the advice, support and guidance we received throughout our particularly difficult case.”