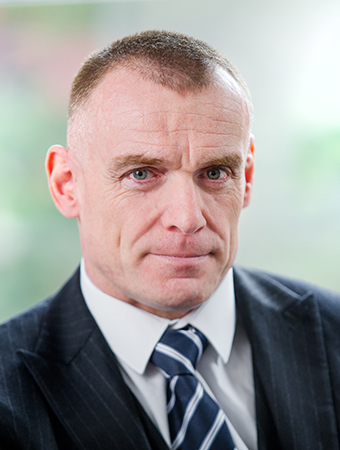 Andrew specialises in criminal defence in the most serious of cases including murder, rape, human trafficking, historic sexual allegations, large-scale high-value conspiracy, drug importation, firearms and serious violence and public order matters. His work ethic and attention to detail is outstanding in every respect.

Andrew takes a very measured and disciplined approach to his case preparation and advocacy. He can always be relied upon to give robust and honest advice to clients, even in the most difficult of cases.

Defence Counsel in an armed robbery case. Group attack on a very vulnerable victim in her home using a knife to the throat.

Defence counsel in a sexual assault of a child under 13 case. Cross examination of a 10 year-old child via an intermediary over live link.

Multi-handed conspiracy to steal goods worth in excess of one million pounds. Following a five-week trial in a case generating in excess of 12,000 pages of evidence, the defendant, a manager within the organisation concerned and said by the prosecution to be prominent within the conspiracy, was acquitted.

Leading junior in a multi-handed human trafficking and rape case involving 23 defendants and an 83 Count Indictment. This case generated in excess of 250,000 pages of evidential material. Interesting from a case presentation point of view due to the involvement of intermediaries and restrictions on cross-examination due to the vulnerability of witnesses. Following a successful halftime submission, the defendant was acquitted of all charges.

Counsel accepted a returned brief, the night before trial, to defend a father charged with multiple counts alleging sexual abuse of his daughter who was aged six at the material time but, aged eight at trial. The case required very careful questioning of the very young witness and demonstrated counsel’s ability to quickly assimilate the necessary information in order to carry out that task. The defendant was acquitted of all charges.

A court martial of a serving soldier who was accused of a serious sexual assault against a female colleague. Defendant acquitted of all charges.